It pays to be Doris Kearns Goodwin

Steven Spielberg keeps buying the rights to her books faster than her publisher can get them on the shelves. From the LA Times:

A year after Steven Spielberg‘s “Lincoln” became a box office hit and award-season favorite, the filmmaker’s DreamWorks Studios has announced plans to make another presidential drama — and based on the work of the same author who helped make “Lincoln” possible.

We’ve already had a couple of really good onscreen Teddy Roosevelts: Brian Keith in The Wind and the Lion and Tom Berenger in TNT’s Rough Riders. Interestingly, Keith was in Rough Riders, too; he played Roosevelt’s predecessor William McKinley. John Milius directed both films, so maybe it wasn’t a coincidence.

Not sure what they’re planning to do with Taft, but if Spielberg’s got some money to spare on visual effects, my people can sit down with his people and discuss an option on an old post of mine… 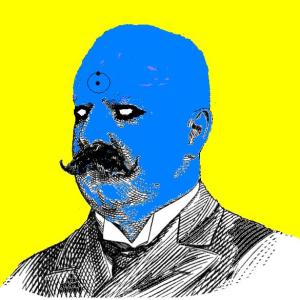 Be a shame to let this current superhero mania go to waste.

Some upstanding citizens are trying to convince David Barton to run for the Senate.  If it means he won’t have as much time to write history books, I’d be happy to make a small campaign contribution.

I believed in Harvey Dent, and I believe in David Barton.