…is the city.  Los Angeles, California.

It’s a big city—with the second highest population of any metropolitan area in the nation.  Nearly four million people call this place home.  With that many people, you can support a lot of museums.

Some of those museums exhibit historical artifacts.  When they do, I go to work.  I carry an audio tour device.  Or whatever you call these things:

It was Monday, June 20.  It was hot in Los Angeles.  We were working the day watch out of the sightseeing division.  My former classmate and longtime friend is Dustin.  My name’s Michael.

We’d decided to check out the Los Angeles Police Museum located in the old Highland Park Police Station, the oldest station building in the city.  Constructed in the 1920s, it’s currently on the National Register of Historic Places. 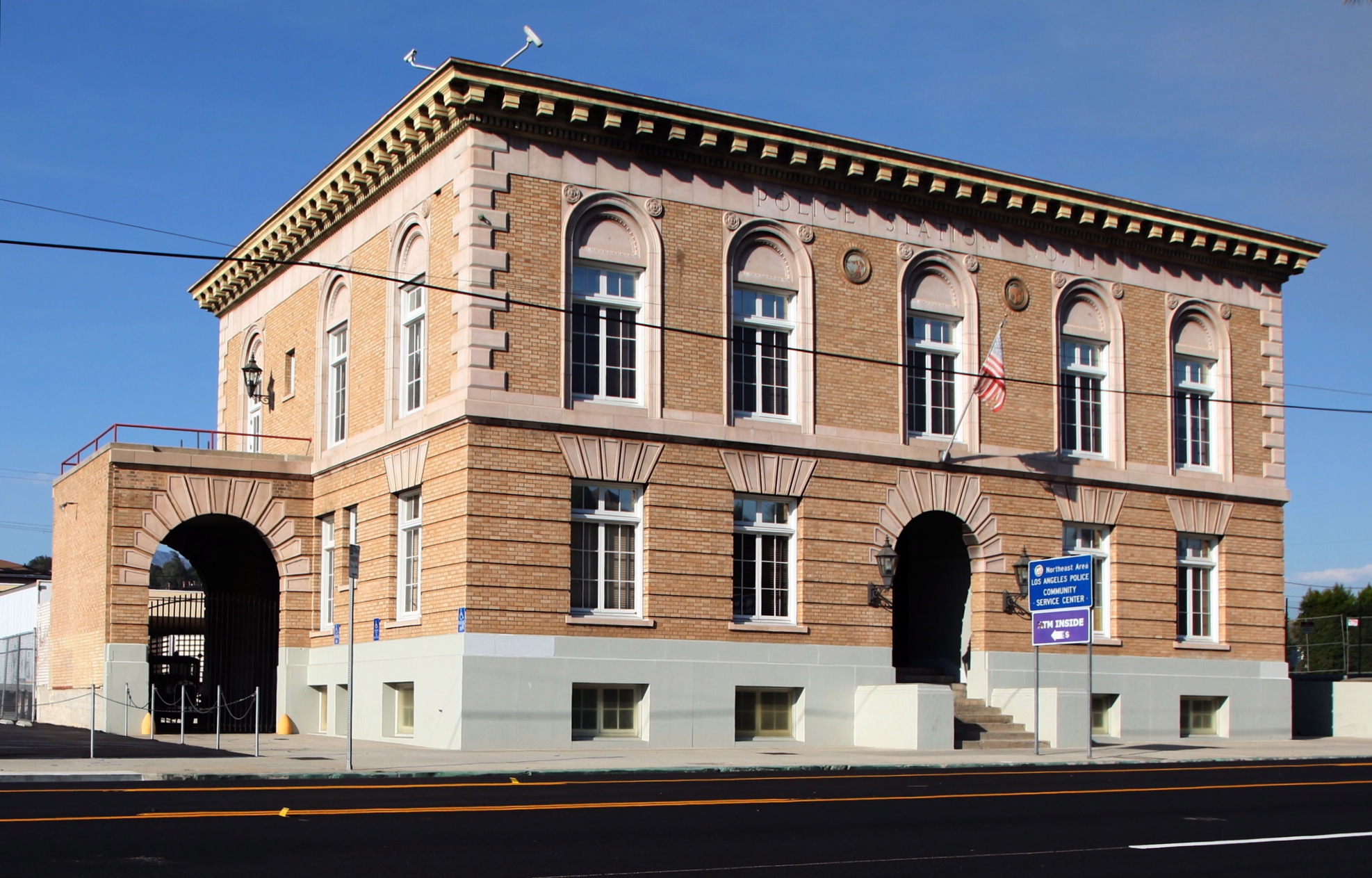 We arrived at 9:42 a.m.  The door was locked.  The museum didn’t open until 10:00.  Without a warrant, we couldn’t barge in and search the place.  We headed across York Boulevard for breakfast at a Coco’s Bakery.  The service was slow, but the eggs weren’t bad.

10:38 a.m.  We walked back across the street and paid admission.  A small hallway by the front desk featured images from the LAPD’s early history and informative signage, along with numbered guideposts for the audio tour.  The museum boasted an extensive collection of historic police armaments and other paraphernalia relating to law enforcement.  The first exhibit case was full of old billy clubs.  Since the weapons were under glass, we were unable to check for prints. 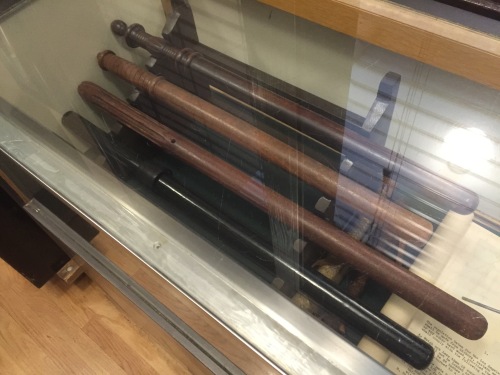 10:47 a.m.  The Highland Park station’s misdemeanor holding cells were still in place.  The doors were open, and from the look of things, the inmates had used the opportunity to make their escape.  We determined to keep a look out for any suspicious characters.

10:52 a.m.  In the enclosed yard behind the building we found an assemblage of law enforcement vehicles ranging from armored transports…

…to older model police cars and a helicopter.

The exhibit also included two vehicles involved in the 1997 North Hollywood shootout.  The bank robbers’ getaway car had sustained damage from gunfire and a broken windshield.  Driving with a damaged windshield is a violation of Section 26710 of the California Vehicle Code.  We left a citation on the dash.

11:26 a.m.  We headed upstairs.  Vintage LAPD uniforms dating back to the late nineteenth century were on display on the museum’s second floor. 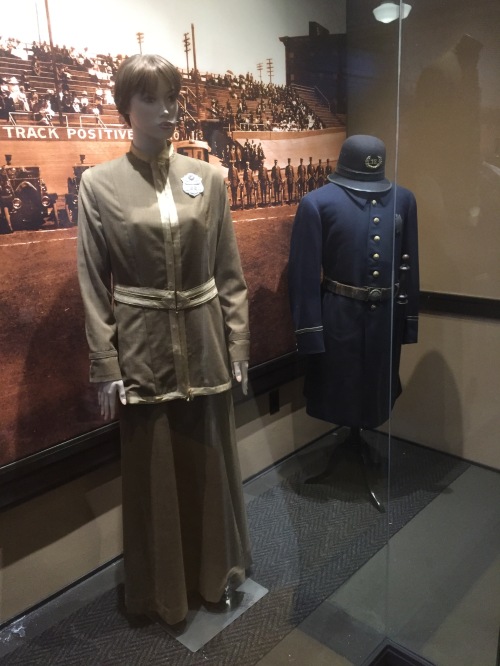 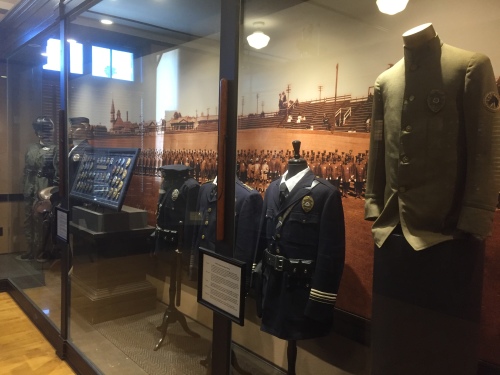 The second floor also featured an extensive exhibit on the history of the Symbionese Liberation Army, one of the more notable incidents in the history of California law enforcement…

…and another on the North Hollywood robbery.  We attempted to interview the two perpetrators.  Being mannequins, they were uncooperative. 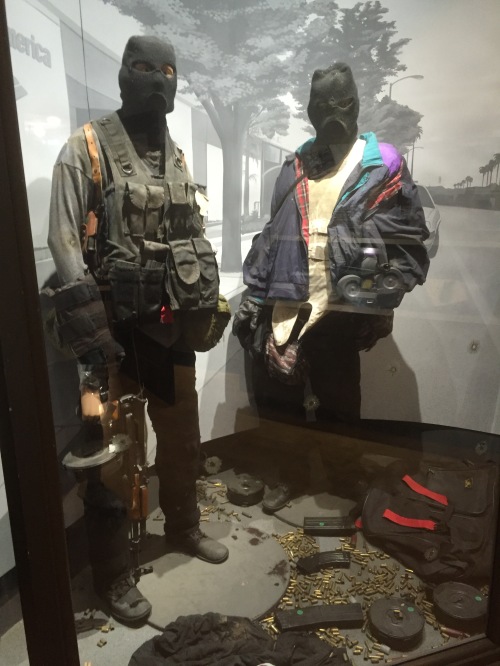 12:14 p.m.  We took the elevator downstairs to the gift shop, where I picked up a copy of the authorized biography of Jack Webb.  We concluded that the Los Angeles Police Museum is one of city’s more interesting historical attractions, and well worth a visit if you’re in the area.

2 responses to “The Los Angeles Police Museum: just the facts”