GDP: Rearranging the branches of the dinosaur family tree

We haven’t had a Gratuitous Dinosaur Post in a while, but a study just released in Nature has riled up paleophiles everywhere.  And little wonder.  If this hypothesis holds up, it will rewrite everything we’ve always thought we knew about dinosaur evolution and classification.

For about 130 years, scientists have categorized dinosaurs into two major groups named for the appearance of their hip bones.  The Saurischia (“lizard-hipped”) included theropods (meat-eaters like T. rex and Velociraptor were members of this group) and the massive, long-necked sauropodomorphs.  The Ornithischia (“bird-hipped”) included the horned dinosaurs like Triceratops, armored dinos like Stegosaurus and Ankylosaurus, the “duck-billed” hadrosaurs, and other herbivores. 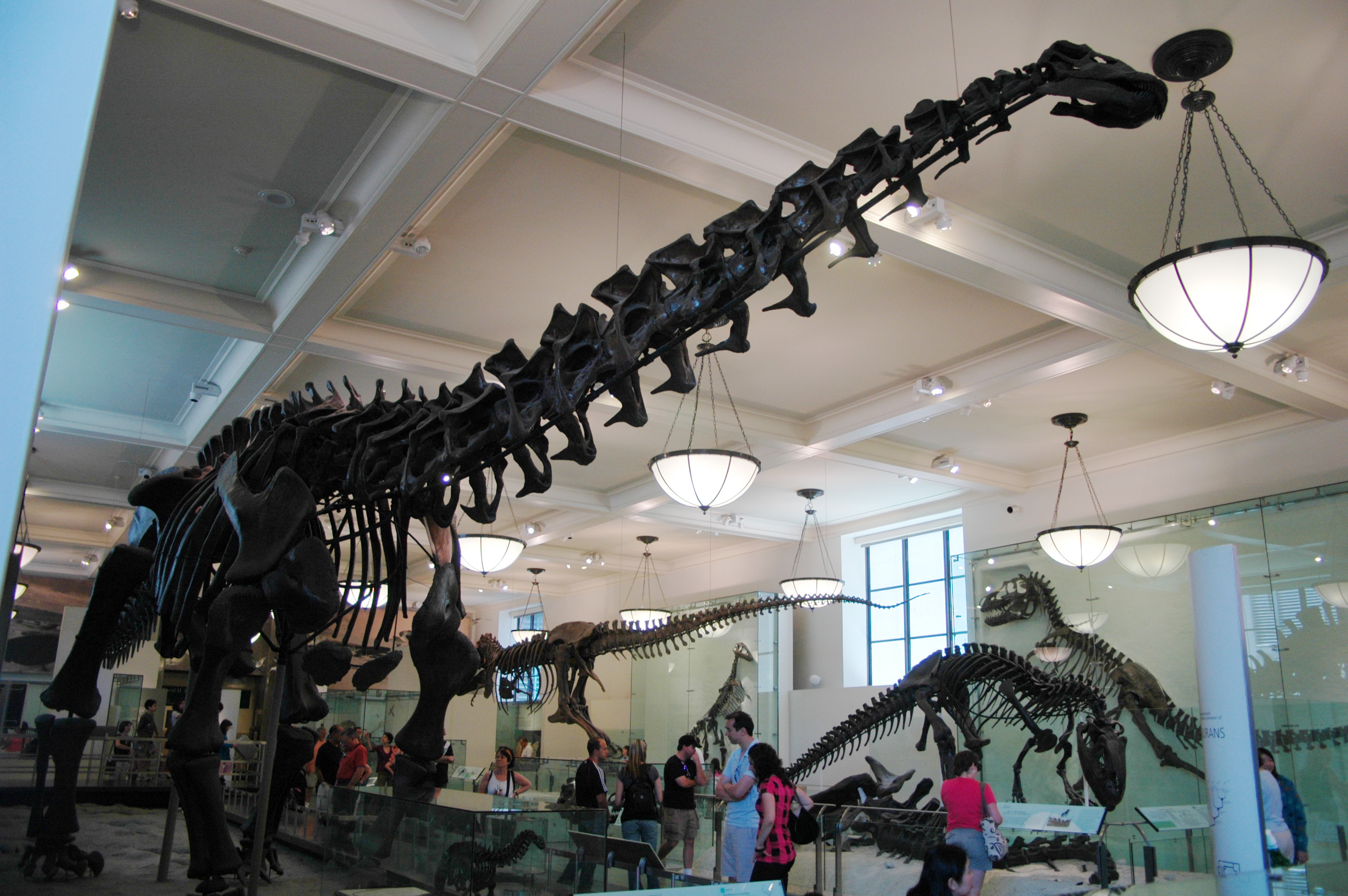 A sauropod and meat-eaters in the American Museum of Natural History’s Hall of Saurischian Dinosaurs. By Gorup de Besanez (Own work) [CC BY-SA 4.0 (http://creativecommons.org/licenses/by-sa/4.0)%5D, via Wikimedia Commons 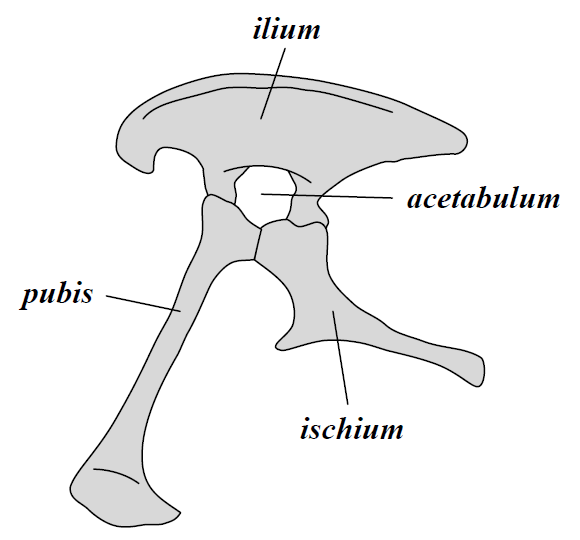 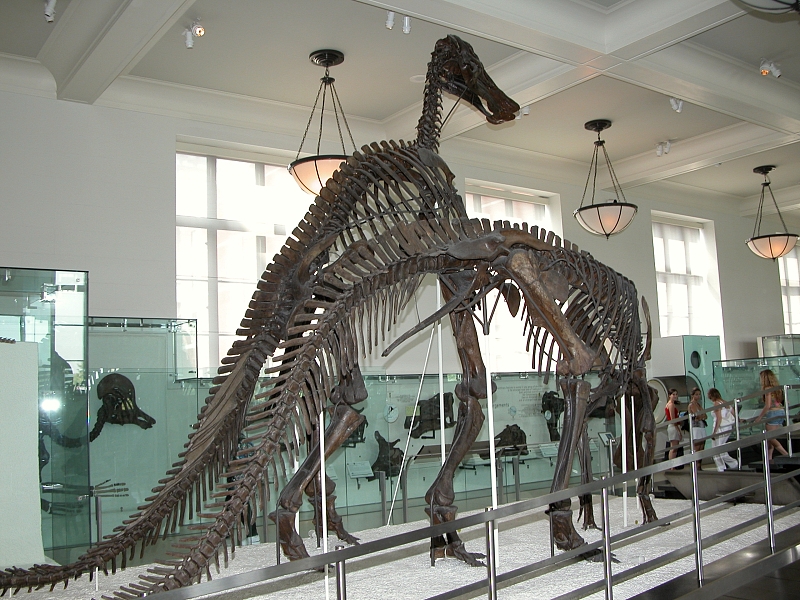 Hadrosaurs in the American Museum of Natural History’s Hall of Ornithischian Dinosaurs. By Fritz Geller-Grimm (Own work) [CC BY-SA 2.5 (http://creativecommons.org/licenses/by-sa/2.5)%5D, via Wikimedia Commons

Ornithischian bird-style hips, with the pubis flipped backward toward the ischium. By AdmiralHood (Own work) [CC BY-SA 3.0 (http://creativecommons.org/licenses/by-sa/3.0)%5D, via Wikimedia Commons

Oddly enough, it was the “lizard-hipped” theropods, not the “bird-hipped” dinos, that gave rise to birds.  Go figure.

Anyway, after looking at hundreds of anatomical features in dozens of dinosaur species, the authors of the new study concluded that this old classification scheme is wrong.  Their scheme moves the theropods and bird-hipped dinosaurs together into a new group, the Ornithoscelida, a name originally coined back in the late 1800s that fell out of favor.  The long-necked sauropodomorphs, meanwhile, would remain in the Saurischia, along with an early group of meat-eaters, the herrerasaurids.

As far as the study of dinosaur evolution and classification goes, this is huge.  It overturns the family tree that has been in place for decades, upending a lot of conventional wisdom about dinosaur relationships.  It also has important implications for the question of when and where dinosaurs first originated.  But it also makes sense of some puzzling paleontological questions, especially some similarities between meat-eating and plant-eating dinosaur groups that will seem less surprising if those groups are more closely related than we’ve thought.

It could turn out to be a real paradigm shift, one that may prompt the re-writing of books and the overhaul of exhibits.  Of course, all this is assuming the new hypothesis catches on; it’s just one study, albeit one that’s getting a lot of attention.

It seems like there have been more remarkable and revolutionary discoveries in the past ten or fifteen years than in any comparable period of time since Richard Owen coined the word “dinosaur” back in 1842.  People tend to think of the late 18oos—with the romance of frontier digs and those spectacular finds—as the golden age of dinosaur hunting, but maybe we’re living in the true golden age of dinosaur science right now.

Can’t help wondering if they’re going to have to rearrange the “Hall of Saurischian Dinosaurs” at the American Museum in New York, though.