GDP: Universe of Energy powers down

Today’s Gratuitous Dinosaur Post brings sad tidings.  As of this weekend, the Universe of Energy at Disney World’s Epcot is no more, and with it goes its animatronic menagerie of prehistoric beasts.  If you prefer your nostalgia in tangible form, they’re selling some commemorative merchandise.

In its original version, the attraction represented a lot that was off-putting about Epcot.  The theater segments on energy sources were so stodgy, so infused with belabored portentousness, that they made Spaceship Earth look like Mr. Toad’s Wild Ride.  The last film seemed to drag on so long that you almost expected the continents to have a different arrangement by the time it was over.

But oh my, those dinosaurs.

Sure, they’re outdated now; they were already a bit behind the science when Disney rolled them out in 1982.  They wouldn’t have been out of place in a Charles R. Knight painting ca. 1900.  But they were dead ringers for the dinosaurs pictured in the books I read as a kid, except they were right there, in three dimensions, feeding and fighting and roaring their way through a three-dimensional primordial landscape.

I was still in elementary school the first time I rode U of E, and I don’t think I’ll ever forget that moment when the curtain rose on a family of grazing sauropods and the theater seats started gliding into a swamp that you could literally smell.  It was awe-inspiring. 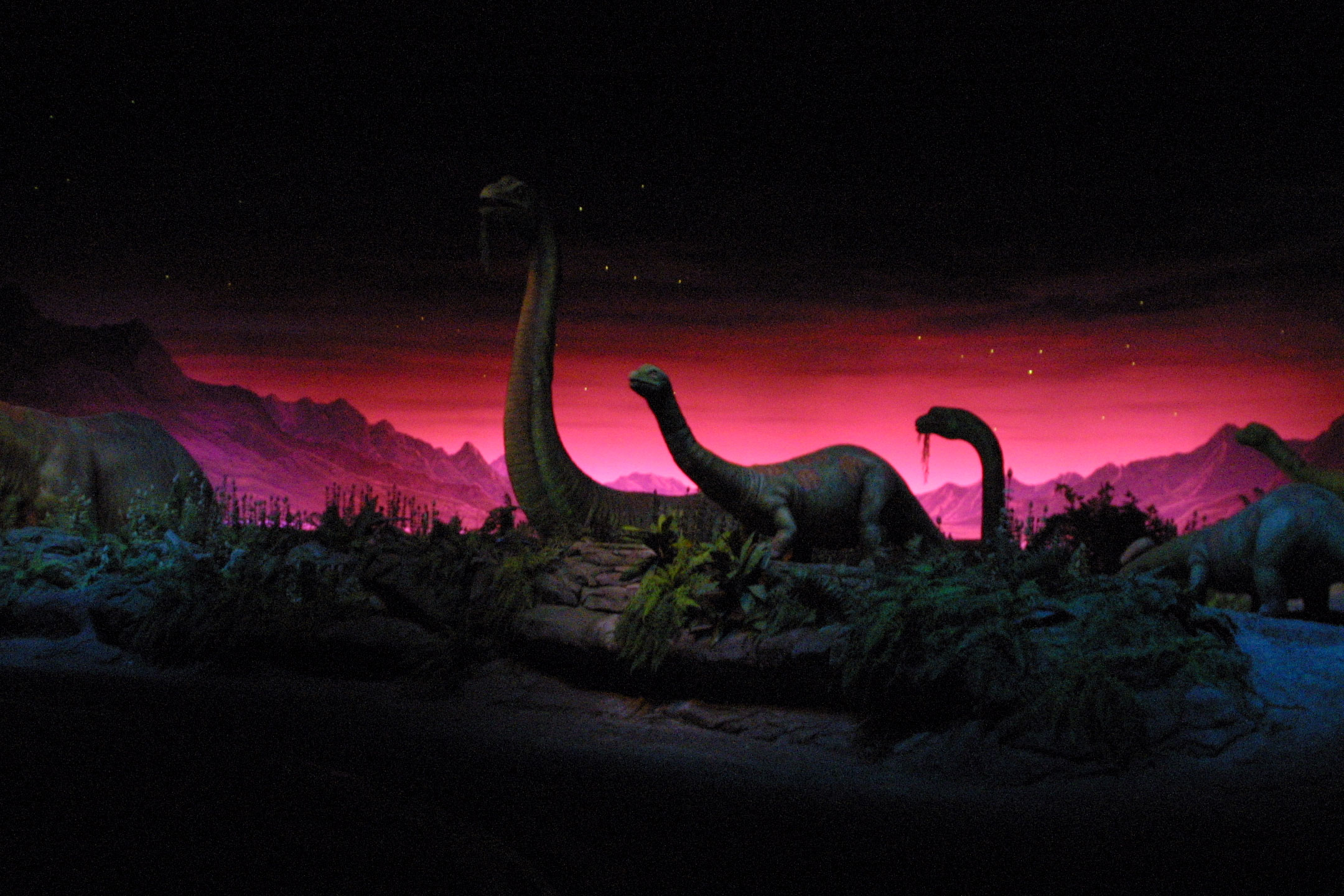 By Michael Lowin (Own work (own picture)) [GFDL (http://www.gnu.org/copyleft/fdl.html) or CC BY 3.0 (http://creativecommons.org/licenses/by/3.0)%5D, via Wikimedia Commons

I had mixed feelings about the 1996 overhaul.  The new theatrical segments with Ellen DeGeneres and Bill Nye were genuinely funny, and much more engaging than their predecessors.  But I didn’t care for Ellen’s animatronic cameo during the ride.  The elasmosaur seemed so menacing when I was young that it irked me to see him played for laughs.

Still, I guess the updates gave the ride a new lease on life.  Its replacement will be a Guardians of the Galaxy attraction.  I have mixed feelings about that, too.  The Guardians movies are a lot of fun, but between Disney’s acquisitions of Marvel and Star Wars, the parks are starting to look less like coherent themed areas and more like a patchwork of intellectual properties.

U of E’s last bow didn’t go off without a hitch.  It shut down during the sauropod scene, forcing the visitors to evacuate.  But the upside is that somebody was on hand to take video, giving us an up-close and well-lit glimpse at the dinosaurs.

We’ve still got the dino ride at Animal Kingdom, assuming they don’t tear it down for an Avatar expansion.