What determines which objects you see in history museums?

Here’s an interesting piece by Jack Ashby on the human factors that determine what we see—and what we don’t see—in natural history museums.  “Museums are a product of their own history, and that of the societies they are embedded in,” Ashby notes.  “They are not apolitical, and they are not entirely scientific. As such, they don’t really represent reality.”

In other words, the exhibits aren’t pure reflections of the natural world they purport to show us.  They tend to overrepresent megafauna and male specimens, since large animals with impressive headgear pack a bigger visual wallop.  Species from the colonial possessions of an institution’s home country usually get overrepresentation, too.  And you’re far more likely to see taxidermy mounts than specimens preserved in fluids.  As Ashby writes, “I suspect that one reason is that—unlike taxidermy—fluid preservation cannot hide the fact that the animal is obviously dead. It is likely that museums shy away from displaying mammals in jars—which are very common in their storerooms—because visitors find them more disturbing and cruel than the alternatives.” 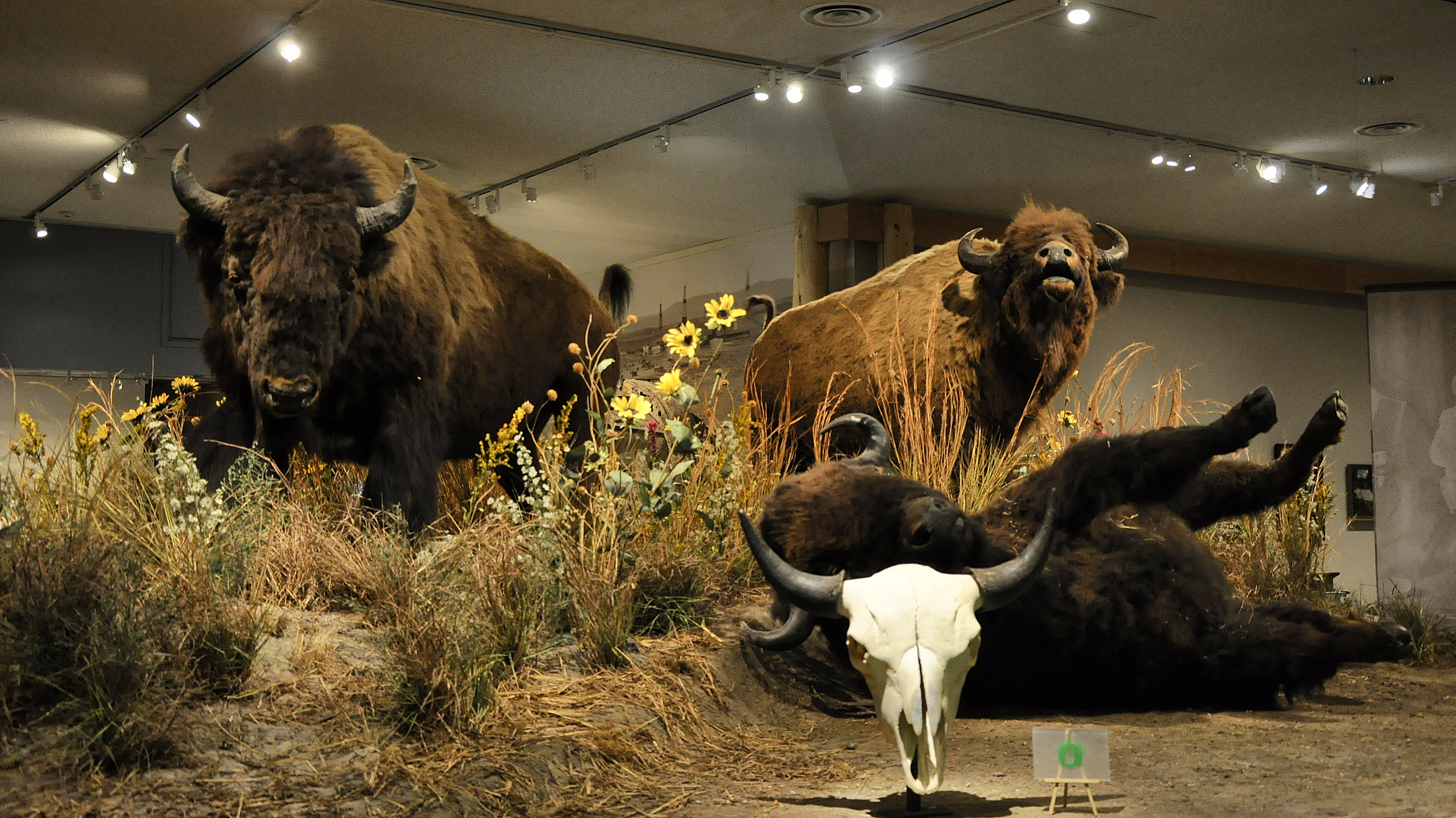 Buffalo Bill Center of the West. By Paul Hermans (Own work) [GFDL (http://www.gnu.org/copyleft/fdl.html) or CC BY-SA 3.0 (https://creativecommons.org/licenses/by-sa/3.0)%5D, via Wikimedia Commons

When I read Ashby’s piece, it occurred to me that the same sort of selection bias affects exhibits in history museums.  In the same way that natural history exhibits overrepresent big animals, historical museums tend to showcase larger objects while keeping the majority of their smaller items in storage.  An intact stagecoach or an artillery piece has a wow factor that you’re not necessarily going to get with a ceramic fragment.

The Abraham Lincoln Library and Museum, like most museums, only has gallery space for a fraction of what we possess, and much of that space is devoted to big, impressive pieces like firearms, carriages, life-size portraits, and large statuary works. It’s not a cross-section of what we keep in our vaults. Many of the objects we have are small, and while they posses considerable historical value, they’re not the sort of thing that stops a visitor in their tracks: commemorative medallions, books, CDVs, and so on. And some of our most captivating and precious items rarely go on display, simply because they’re in manuscript form and very susceptible to damage by light and exposure.

The nature of an object itself has a big impact on whether or not it’s suitable for incorporation into an exhibit. Maybe this isn’t as big a deal for history museums as it is for natural history institutions.  We don’t purport to show nature in all its variety.  But perhaps history museums should try to find ways to convey a sense of the overall composition of their collections when they plan exhibits.  It might be useful for visitors to learn not only the subject matter, but something about what sort of things constitute museum collections in the first place, and what determines the types of objects they get to see as opposed to those they don’t.