I’m delighted to report that the Abraham Lincoln Library and Museum received a number of awards at this year’s Tennessee Association of Museums conference.  Our Civil War STEAM event and Skype in the Vault program earned Awards of Excellence, and our new permanent exhibit Log Walls to Marble Halls received an Award of Commendation.  The big news, though, is this: Civil War STEAM received the prestigious Past Presidents Award.

Needless to say, I’m very proud of my staff, and very grateful for this recognition by our colleagues in the museum field.  Kudos especially to Program Coordinator Natalie Sweet, who was the dynamo behind the STEAM event.  Big thanks also to Owen Design Group and 1220 Exhibits, who made Log Walls into a reality for us.

And hats off to TAM for putting on the most enjoyable, collegial, and helpful museum conference I’ve ever attended.  See you folks again next year!

Back to blogging with a look at some NMAI artifacts

Well, folks…it’s been a while.

Between running a museum that’s about to undergo a major renovation and trying to write a dissertation, the blog obviously fell by the wayside there for a few weeks.  I’m going to try to get back in the habit.

One of the reasons I slacked off was the fact that my job has me on the road quite a bit.  Luckily, however, it takes me to some really great places.  Every February, LMU sends a delegation to Washington, D.C. to participate in a ceremony at the Lincoln Memorial.  It’s a great opportunity to hit some museums.

This year I visited the National Museum of the American Indian.  I particularly enjoyed the Nation to Nation exhibit, which examines the history of treaty-making between tribes and the U.S.

Let’s take a look at some artifacts.

A hide painting of the Battle of Little Bighorn/Greasy Grass:

Serape belonging to William T. Sherman.  He probably got it in 1868, around the time he was negotiating the Treaty of Bosque Redondo with the Navajo: 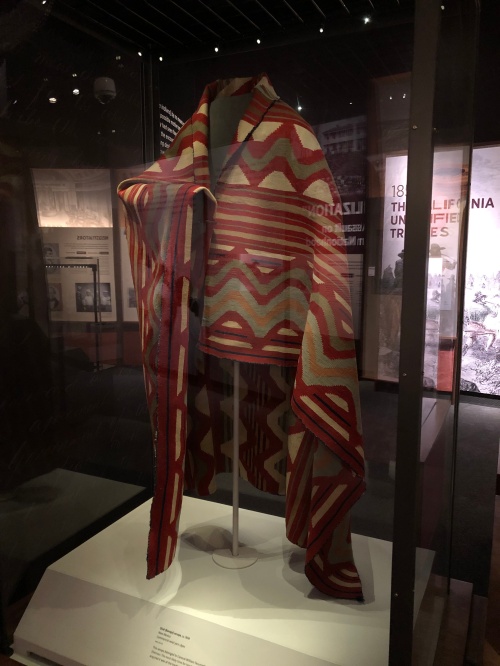 A relic of forced acculturation.  Uniform from the Carlisle Indian Industrial School: 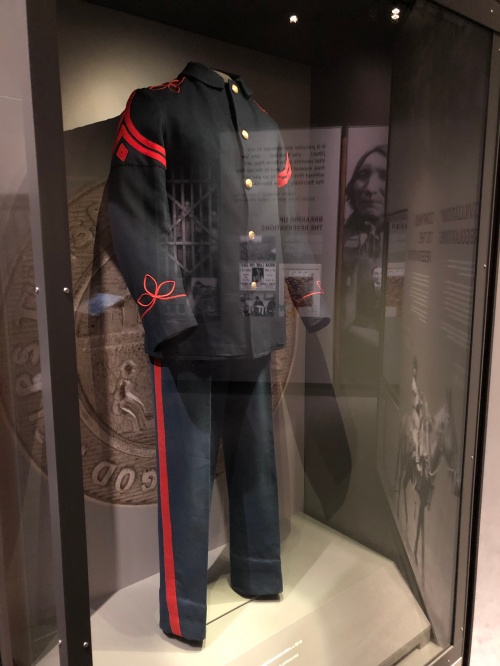 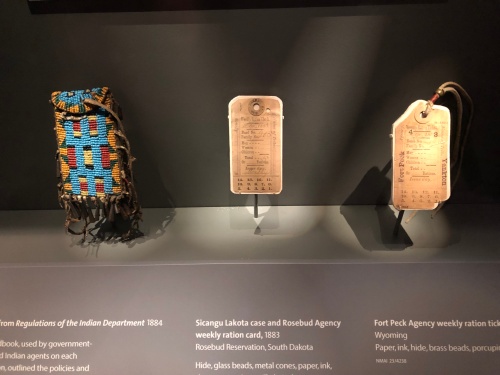 Painted shields from the days of the Plains conflicts: