Ho-lee cow.  About the Little Bighorn thing, I mean—although turning ninety is nothing to sniff at, either.

I’m assuming the guy Utley interviewed was Charles Windolph, who died in 1950 at age ninety-eight.  Windolph was one of the men engaged at the Reno-Benteen sector of the battlefield, east of the Indian village.  He covered the troopers supplying river water to their comrades pinned down on Reno Hill, earning himself the Medal of Honor.

A veteran of Custer’s last battle living in the atomic age.  That’s quite a thing to get your head around. 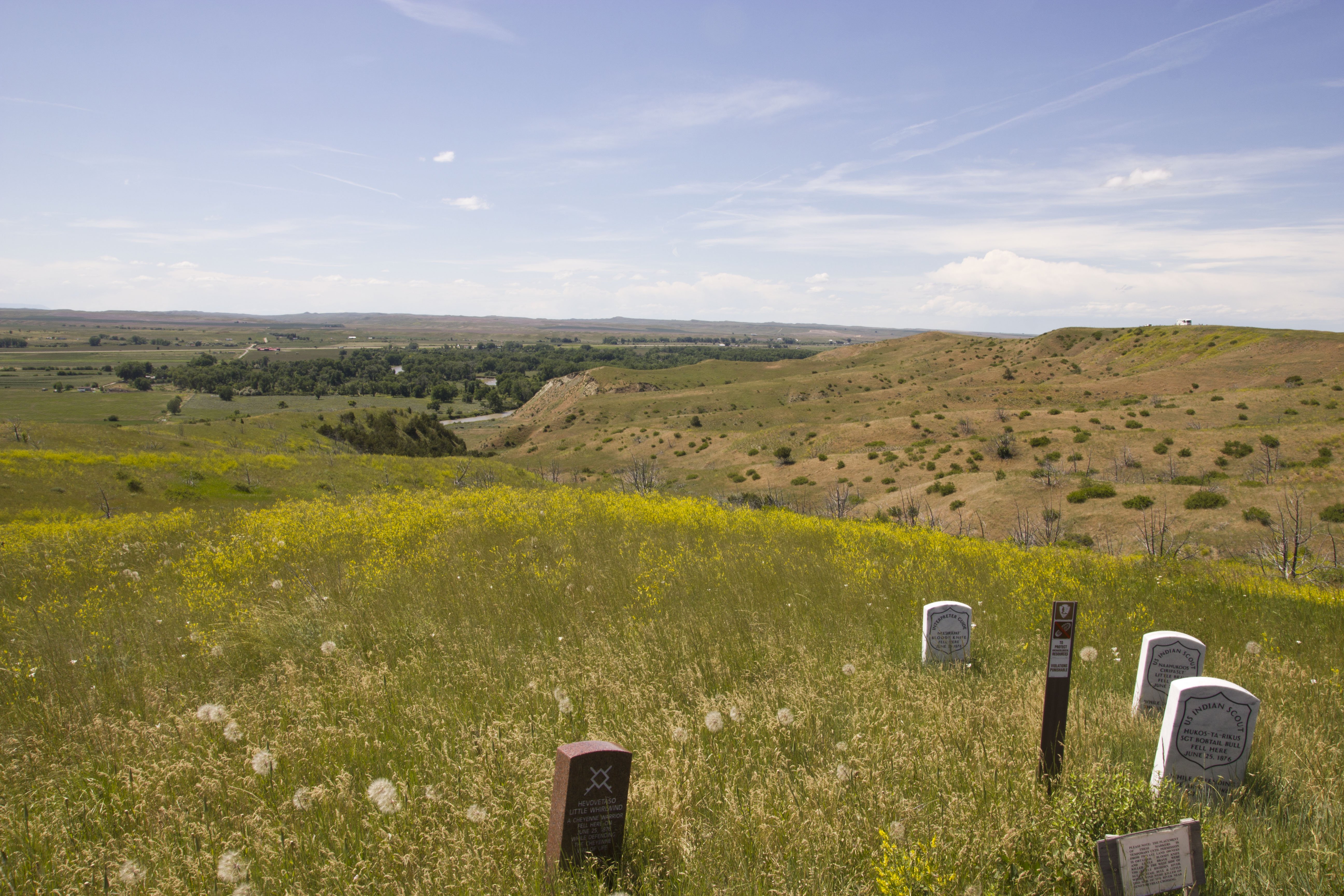 Ken Burns does ‘Country Music’ without historians on camera

This post is more or less copied from a thread I tweeted a few days ago.  But hey—it’s not plagiarism if you’re stealing from yourself, right?

I’ve caught a couple episodes of the new Ken Burns documentary Country Music.  It’s as absorbing as all his films.  But one thing irks me, and it’s the same thing I disliked about his Vietnam series: Historians are conspicuous in their absence, at least on camera.  The talking heads aren’t people who specialize in studying the history of music or popular culture.  Instead, they’re participants in that history, and their descendants.

Don’t get me wrong.  When a filmmaker’s subject matter is the stuff of living memory, they’d be crazy not to put the people who lived it on camera.  And the firsthand testimonies and anecdotes in Country Music have been fantastic.

But the sort of perspective and critical distance that historians can offer is important, too, and I think Country Music would be stronger for it.  That’s especially true of the early episodes.  This is where historians’ input would be most beneficial, and where commentary from the singers and songwriters who followed in the subjects’ footsteps is at its weakest.

For one thing, a lot of these practitioners are discussing people and events of which they have little firsthand knowledge.  It’s one thing to hear Jimmy Dickens tell how Hank Williams wrote “Hey, Good Lookin'” when Dickens was there to see it.  It’s another thing to hear a singer or songwriter talk about Roy Acuff’s music when their only firsthand experience of that music was listening to it on the radio.

In the early episodes, the singers and songwriters who appear on camera are talking about the titans of their own profession, the founding fathers and mothers of the genre.  And when you’re talking about your idols, it’s easy to extol rather than explain.  That’s what much of their commentary ultimately boils down to.

I don’t mean that the subjects come off as infallible.  Far from it.  We get extended treatments of their personal foibles and failures—Williams’s drinking, Johnny Cash’s troubled marriage, Bill Monroe’s longstanding grudge against Earl Scruggs and Lester Flatt.  When it comes to these figures’ musical contributions, however, the on-air commentators don’t really try to make sense of their greatness. They just stand in awe of it.  You get the sense from the interviews that the talent of someone like Hank Williams defies explanation.  That’s problematic for a historical documentary, because one of the tasks of the historian is to, you know, explain things.

Maybe it’s an inevitable by-product of the way Burns is telling the story.  It’s a very people-driven approach. The series is ultimately about the individuals who gave birth to the music rather than the context out of which it developed.  But people and music are partly the products of their historical circumstances.  Some additional input by historians could shed more light on those circumstances, and perhaps help viewers get our heads around the figures who brought it to life.

The Grand Ole Opry in 1944, from Billboard via Wikimedia Commons

…to the Mediterranean along with David Barton and Bill O’Reilly.  Who better to guide you through the birthplaces of Western Civilization than a guy who thinks the Dead Sea Scrolls are texts suppressed by Constantine?

If you’re willing to shell out some extra cash, you can “upgrade your vacation package to associate with Glenn and crew in more intimate sessions.”

All levity aside, Barton seems an odd choice for an endeavor like this.  Since Barton bills himself as an American historian, one wonders what expertise he’s bringing to bear on a Mediterranean tour.  (I mean, all these guys are odd choices for a history-themed vacation, but you know what I mean.)

The historical profession lost another one of its giants. David B. Davis was an eminent scholar of slavery and abolition, author of a number of magisterial works, and founding director of the Gilder Lehman Center for the Study of Slavery, Resistance, and Abolition at Yale.

Here are a few words from his colleague David Blight:

He was an intellectual in pursuit of truth and wisdom. In his presence one always learned something. He was a deeply spiritual man who saw the historian’s craft as a search for the minds and souls of people in the past. He devoted his life and career to understanding the place of the inhumane but profoundly important and persistent practices of slavery and racism in the world. He was a philosopher at heart, a lyrical writer, and defined why we do history. We stand on his shoulders. At the GLC we carry on his legacy every day. We loved him. His portrait hangs on the wall at the GLC amidst a large portion of his book collection, still containing his post-its, book marks and thousands of annotations. We will always have him nearby.

Crichton and the “unknown unknowns” of the past

One of the most notable instances of dramatic license in Jurassic Park is the venom-spitting Dilophosaurus.  As far as we know, neither Dilos nor any other dinosaur had venom, let alone used it as a projectile weapon.

But that’s only as far as we know.  As Dino Dad Reviews noted on Twitter, there’s a lot that we don’t even realize we don’t know when it comes to dinosaurs:

I can understand if people are simply annoyed that it’s [i.e., a venomous Dilo] an overused trope in pop culture now, but the idea as originally in JP is entirely reasonable, not too different from the informed speculation of All Yesterdays.

Chrichton includes this to build upon the theme of what All Yesterdays calls “unknown unknowns” in he study of prehistory. Things that we aren’t simply unsure about, but are completely surprised by because we had no particular reason to suspect them.

This is well worth noting. In the novel, this “unknown unknown” underscores the deadly risk the park’s managers have taken in resurrecting extinct animals and keeping them captive:

Knowledge has its limits. Moreover, there are limits to what is knowable at all. It’s a recurring theme in Crichton’s work.

His protagonists tend to be scientists, researchers, academics, experts—people whose business is to know their stuff.  They find themselves confronting the subjects of their expertise in visceral and unexpected ways.  Paleontologist Alan Grant must traverse an island populated with live dinosaurs in Jurassic Park; primatologist Peter Elliot faces off against a murderous breed of apes in Congo; and medievalist and experimental archaeologist André Marek gets stranded in fourteenth-century France in Timeline.

Readers be warned: spoilers for Crichton’s Micro and Congo in the next paragraph.

Sometimes the characters’ specialized knowledge saves them.  In Micro, when a group of young scientists find themselves shrunk to insect size, they survive by weaponizing their own research projects.  And in Congo, the expedition members escape the jungle after Elliot is able to decipher the apes’ language.

Time and time again, however, Crichton’s characters confront the limits of their expertise.  It’s not that their expertise is defective.  In fact, many of his protagonists are exceptional and ambitious researchers with impeccable academic pedigrees.  But their academic training and research can’t prepare them for the unknowable unknowns.

That’s especially true of the characters who study the past.  The distant past, by its very nature, is something one can’t experience firsthand, at least not in its totality.  Both Jurassic Park‘s Grant and Timeline‘s Marek specialize in long-dead subjects.  When they encounter these subjects as living, breathing antagonists, the experience takes them across the frontiers of what is knowable in their respective disciplines.

Marek is an avid practitioner of living history.  Steeped in medieval languages and customs, he practices jousting and archery in his spare time.  When a time traveling accident leaves him and and his colleagues marooned in medieval France, he’s the only one who seems right at home. 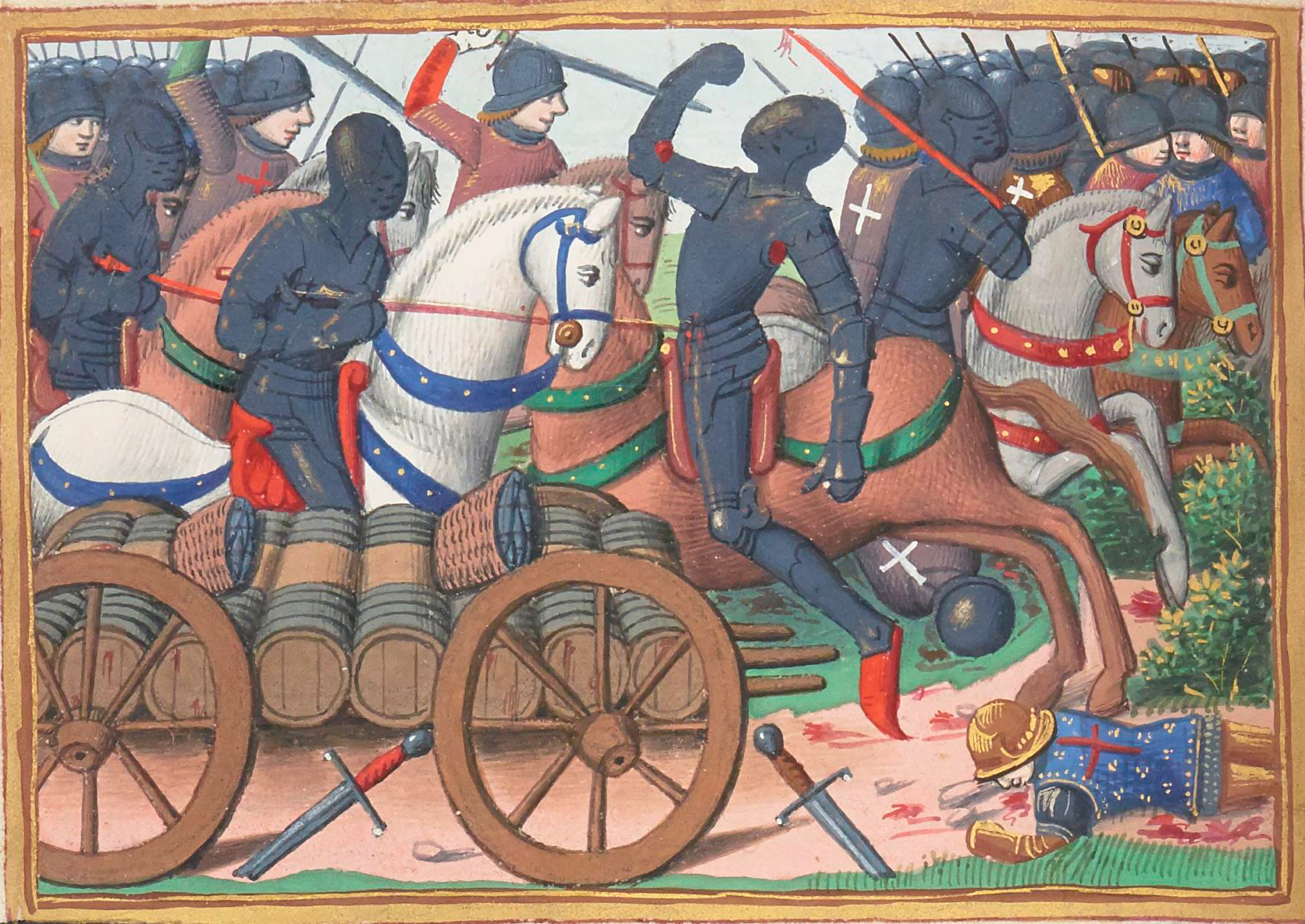 When he watches his first authentic, fourteenth-century sword match, however, it’s disconcerting:

A fellow time traveler asks, “André, is everything all right?”  Marek replies that he has a lot to learn.

In Crichton’s thrillers, the problem of unknowable unknowns is the stuff of life or death. For those of us who study the past here in the real world, a world without time machines and de-extinction, the problem is less immediate.  But it’s still one worth considering.

Like Marek, we all have a lot to learn about the times and places we study.  If we could travel to the settings of our own work, what unknowns would surprise us?  And how should an awareness that these unknowns exist inform our study of what we think we can know?

WBIR talks to my mom about her Jack Lord biography

If you’d like a copy of her book about the star of Hawaii Five-O and Colonial Williamsburg’s Story of a Patriot, you can get it from Amazon and Barnes and Noble, or direct from the publisher.

One of the big highlights of the academic year for the University of Tennessee’s Department of History is the annual Charles O. Jackson Memorial Lecture.  This year’s talk should be especially notable.  Dr. Edward Ayers, a bona fide academic superstar and a stellar historian, will present “Southern Journey: The Story of the South in Movement.”

Dr. Ayers is Tucker-Boatwright Professor of the Humanities and President Emeritus at the University of Richmond.  He is a recipient of the Bancroft Prize, the National Humanities Medal, and the Lincoln Prize, and was a finalist for the Pulitzer Prize and the National Book Award. He has also been named National Professor of the Year. His books include In the Presence of Mine Enemies: The Civil War in the Heart of America, 1859-1863; The Thin Light of Freedom: The Civil War and Emancipation in the Heart of America; The Promise of the New South: Life After Reconstruction; and Southern Crossing: A History of the American South, 1877-1906. He is a co-host of the history podcast BackStory.

The 2018 Jackson Lecture will be at the East Tennessee Historical Society‘s headquarters in downtown Knoxville at 5:00 p.m. on Thursday, Sept. 20.