Peale’s mastodon is headed back to America

While we’re on the subject of moving really big museum artifacts, the Smithsonian American Art Museum is bringing the Peale mastodon from the Hessisches Landesmuseum Darmstadt back to the U.S. for a special exhibit.

By the time Charles Wilson Peale—artist, museum entrepreneur, and Rev War veteran—was excavating mastodon bones near present-day Montgomery, NY in 1801, the fossils of massive, elephantine creatures had been turning up in America for almost a century.  But Peale was the first to mount a mastodon skeleton for exhibition.  (Indeed, he was among the first to articulate any fossil skeleton for display.)  It became a star attraction at his Philadelphia museum, alongside his taxidermied birds and portraits of Revolutionary notables.

The mastodon figures in two of Peale’s artistic works.  He painted the scene of its exhumation in 1806… 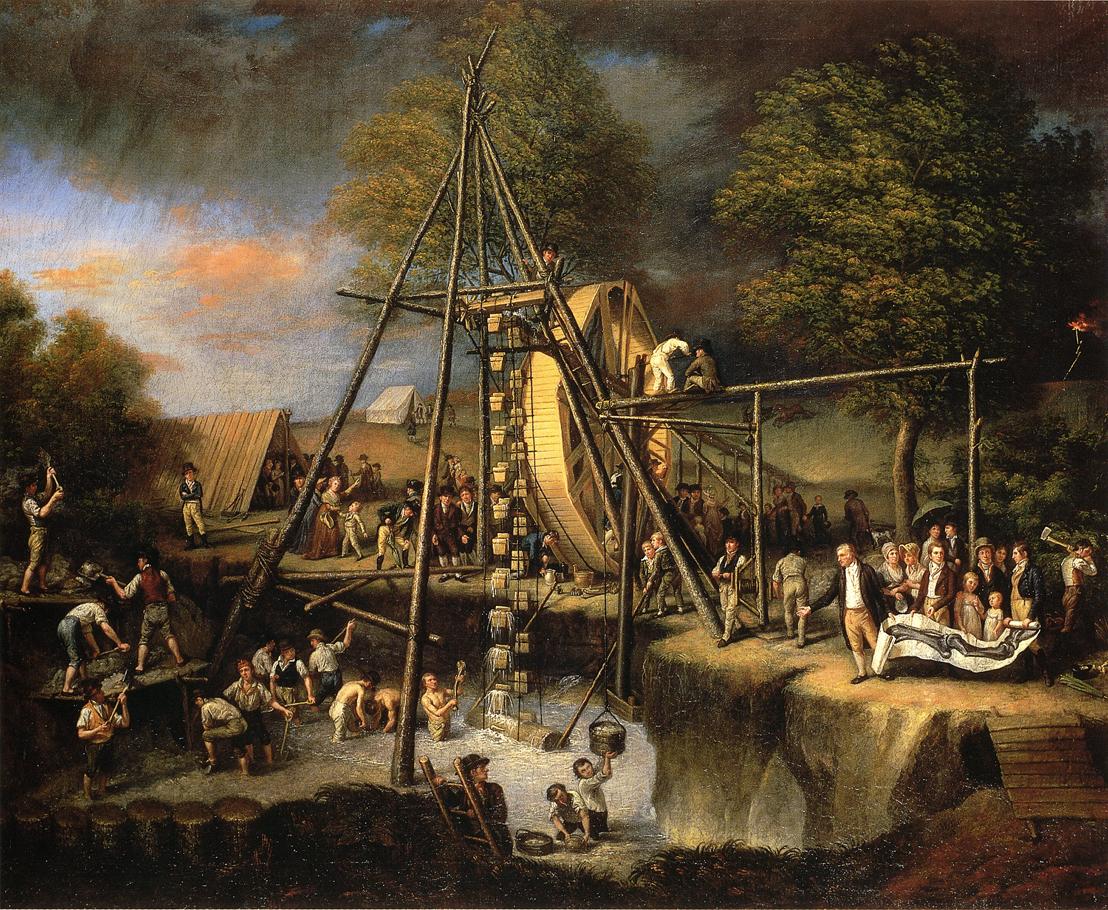 …while its bones are visible beneath the curtain in the 1822 self-portrait, The Artist in His Museum. 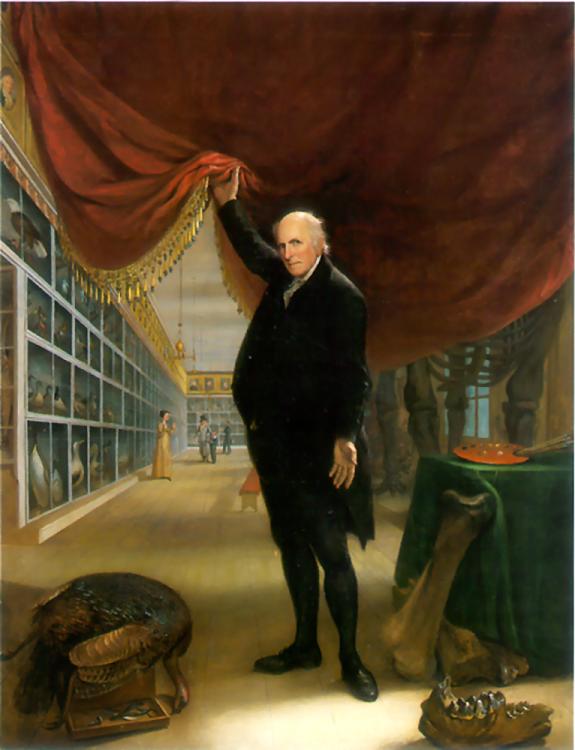 Since mastodons became an emblem of the young American republic’s vitality—and since Peale himself was so caught up in the intellectual currents of the founding era—it’ll be nice to have this specimen back in the U.S., at least for a while.